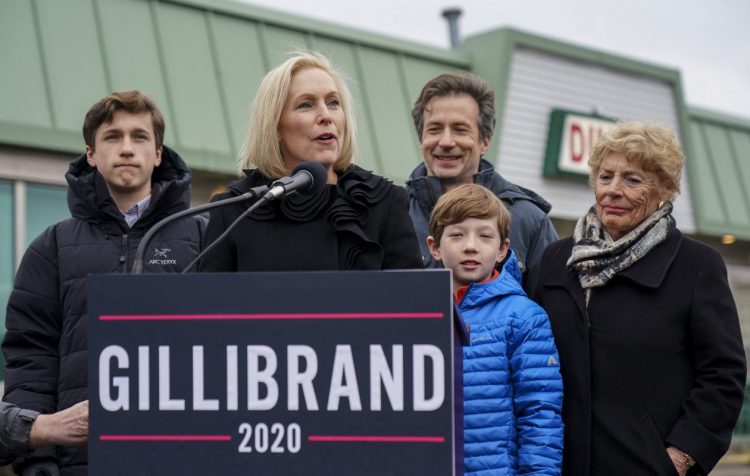 Kirsten Gillibrand, the U.S. Senator from New York who is seeking the Democratic Party’s nomination for president, will need to be diligent in keeping up with her media relations.

When Gillibrand announced her presidential campaign, each featured her as a progressive young mom trying to change the world for future generations, including her own children. Having these two organizations headquartered in her Senate constituency means that they are each more aware of her presence as a political candidate than any general national news outlet may be.

An example comes in examining  NPR’s coverage of Gillibrand in the early stages of her run for president. While The New York Times and New York Magazine created long-form content about Gillibrand’s announced candidacy, NPR, headquartered in D.C., wrote only a short blurb detailing minimal information about Gillibrand, instead of focusing on her campaign.

Interestingly, The Buffalo News, situated in Erie County, published an editorial entitled “Gillibrand Lied” in the days immediately after Gillibrand’s announcement that she would indeed run for president. The editorial criticized Gillibrand for stating that she would serve out her term in the United States Senate. Not long after that comment, she announced her exploratory committee.

That’s the blessing, and the curse, of having a relatively large regional newspaper operating in an already-established constituency.  People inside the constituency are scrutinizing the politician’s every move—where they will travel to, who they’ve talked to, what their past looks like, when they last visited counties in their home state and what their past and present political agendas entail. For Gillibrand, this may prove both triumphant and frustrating. While the extensive coverage she is bound to receive may shed light on her up-and-coming campaign, local citizens will also hold her accountable.

Gillibrand and her Democratic competitors face comparison to one another, even locally—The Buffalo News published an article suggesting that Gillibrand was the least relevant candidate among Democrats who align with her, such as Cory Booker of New Jersey and Kamala Harris of California.

Despite the fact that Gillibrand’s road to the presidency has just begun, her immediate claim to fame thus far has been her opposition to Trump over the past two years. National news outlets are examining Gillibrand’s politics as they compare to Trump’s, instead of scrutinizing them as standalone ideas.

Arguably, that’s part of where Hillary Clinton’s 2016 campaign got trapped, media-wise. She was consistently compared to Trump, who was consistently a wave-maker. He has held onto that reputation, which means that Gillibrand and her Democratic competitors will need life jackets to stay afloat in the media as their candidacies develop, especially because the Democratic arena is clustered with a large number of candidates. Gillibrand is unlikely to get more media time than larger name candidates, and she is much less likely to be featured in the news than Trump, unless she is responding to his ideas.

Media coverage will be a make-or-break part of Gillibrand’s campaign—the more media time she can capture, the more likely she is to proceed forward in the 2020 Presidential race.

Meghan Hall is studying journalism at the Jandoli School of Communication at St. Bonaventure University. She is from Buffalo, New York, and graduated from Williamsville South High School in 2018.

View all posts by Agora Center